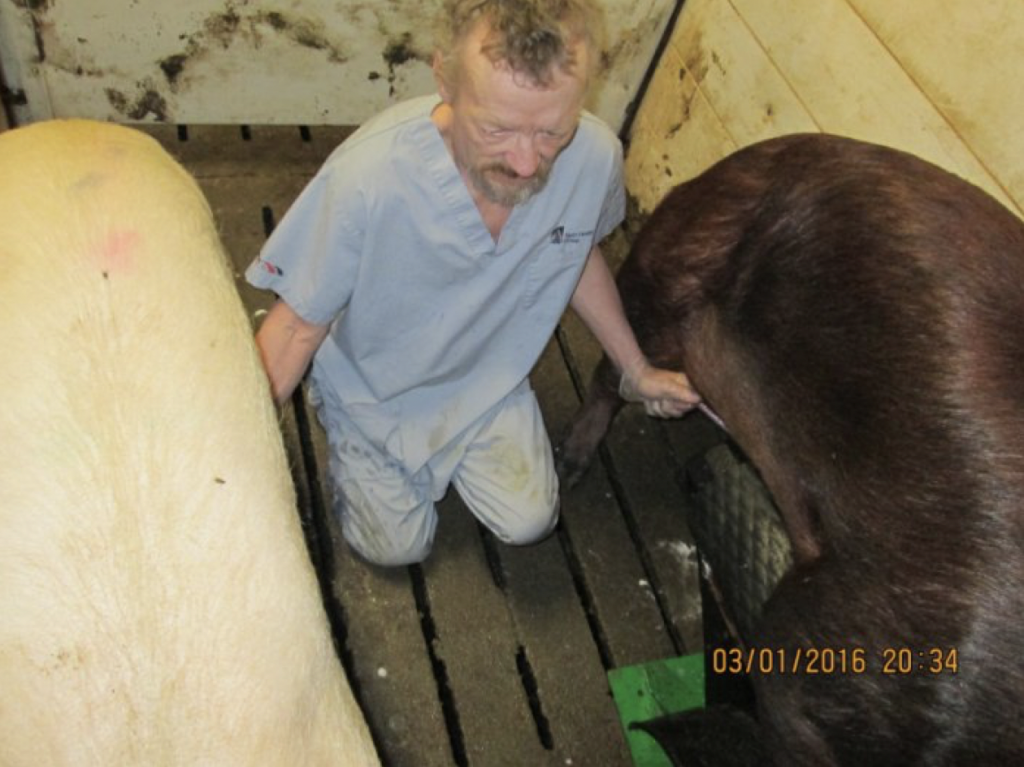 When the work is done two by two 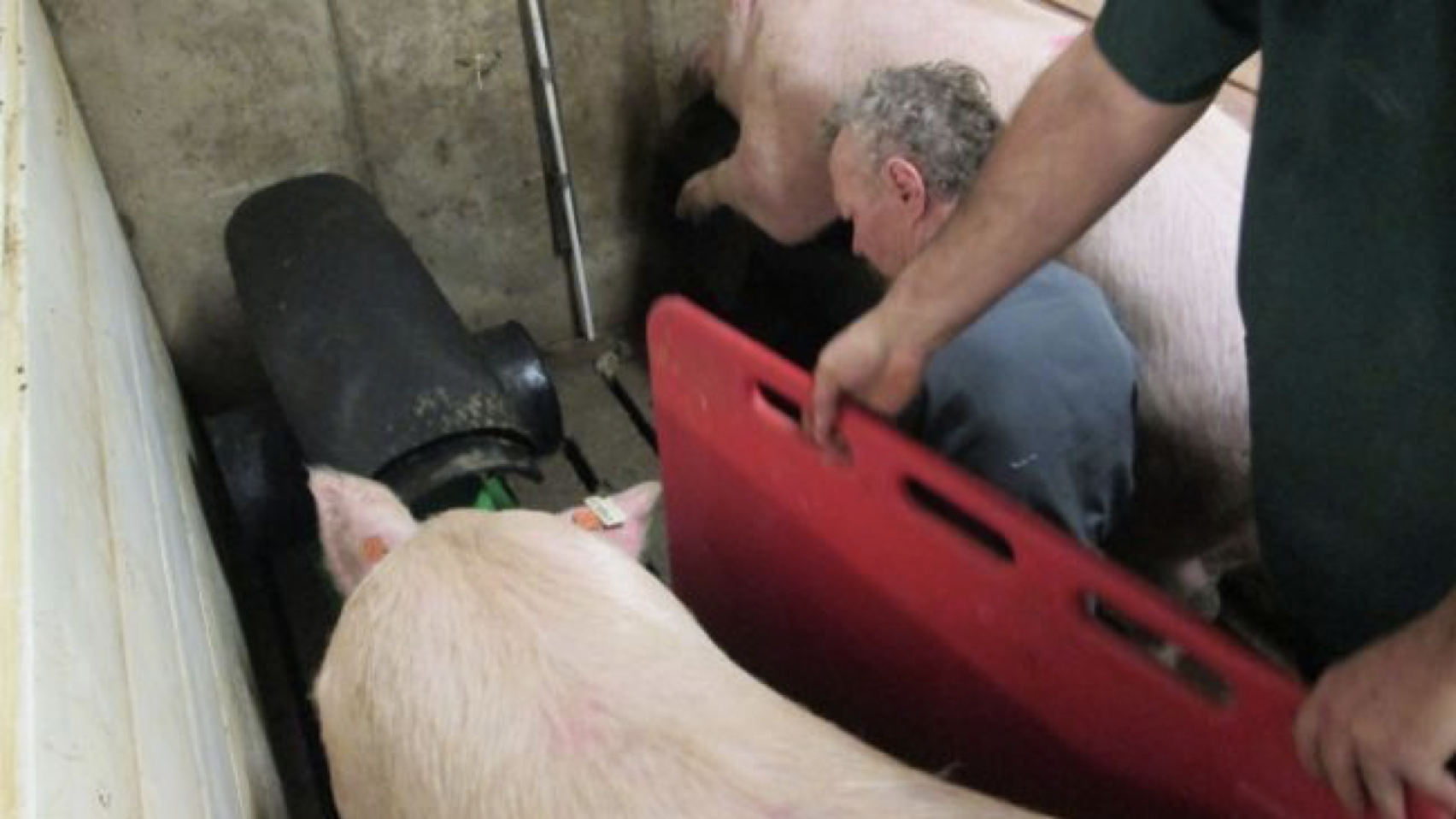 When more than 100 boars enter quarantine, one must have a good training plan…

The Manitoba Gene Center received a batch of 113 elite boars. It was the largest batch of boars to enter the stud and the training protocol for the animals was revised. The new training plan was shared with the entire team. This is essential since, in addition to the objective of efficient animal training, it is fundamental to ensure the safety of the personnel. Everyone must know exactly what needs to be done at every step. The animals came in when they were 8.5 – 9.5 months old. Initially the plan was to build a new training pen, but ultimately the decision was made to work using the existing pen, incorporating a second dummy placed as low as possible. At first, the young boars are put into a normal collection pen. It is important that the pen has been used and smells of other boars. 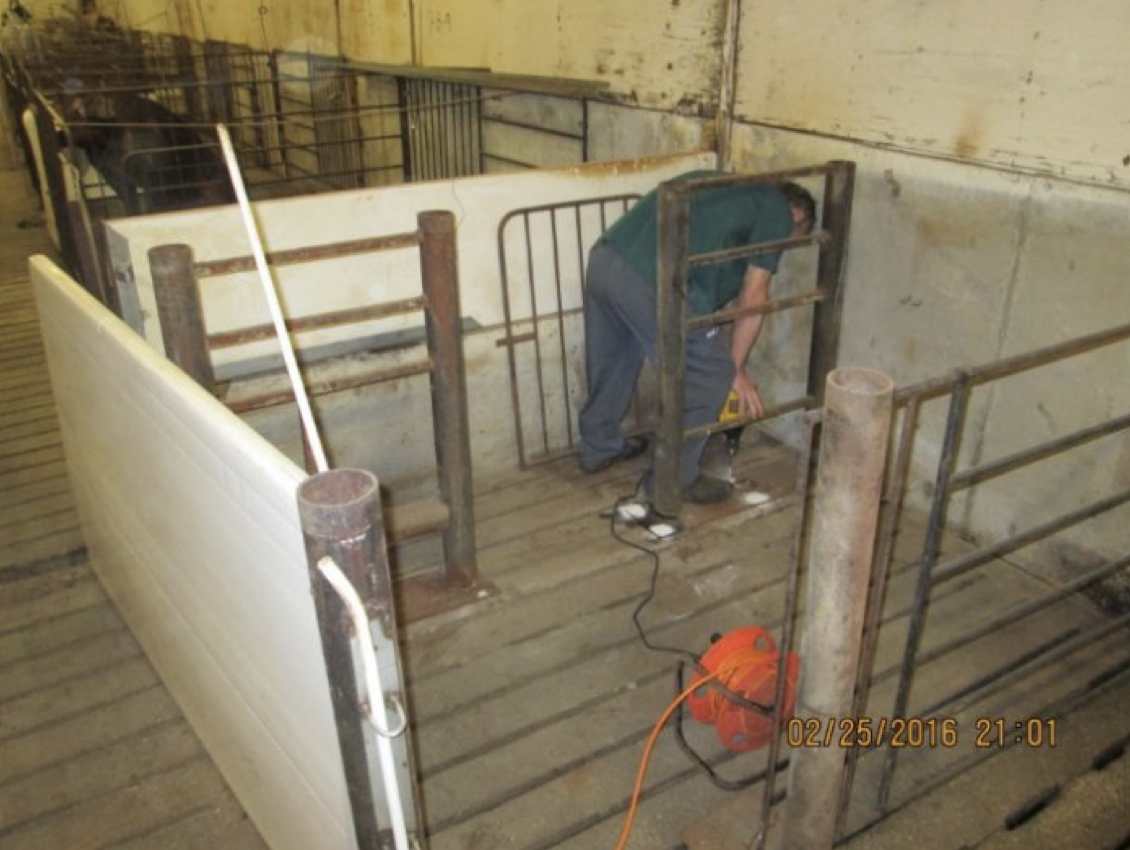 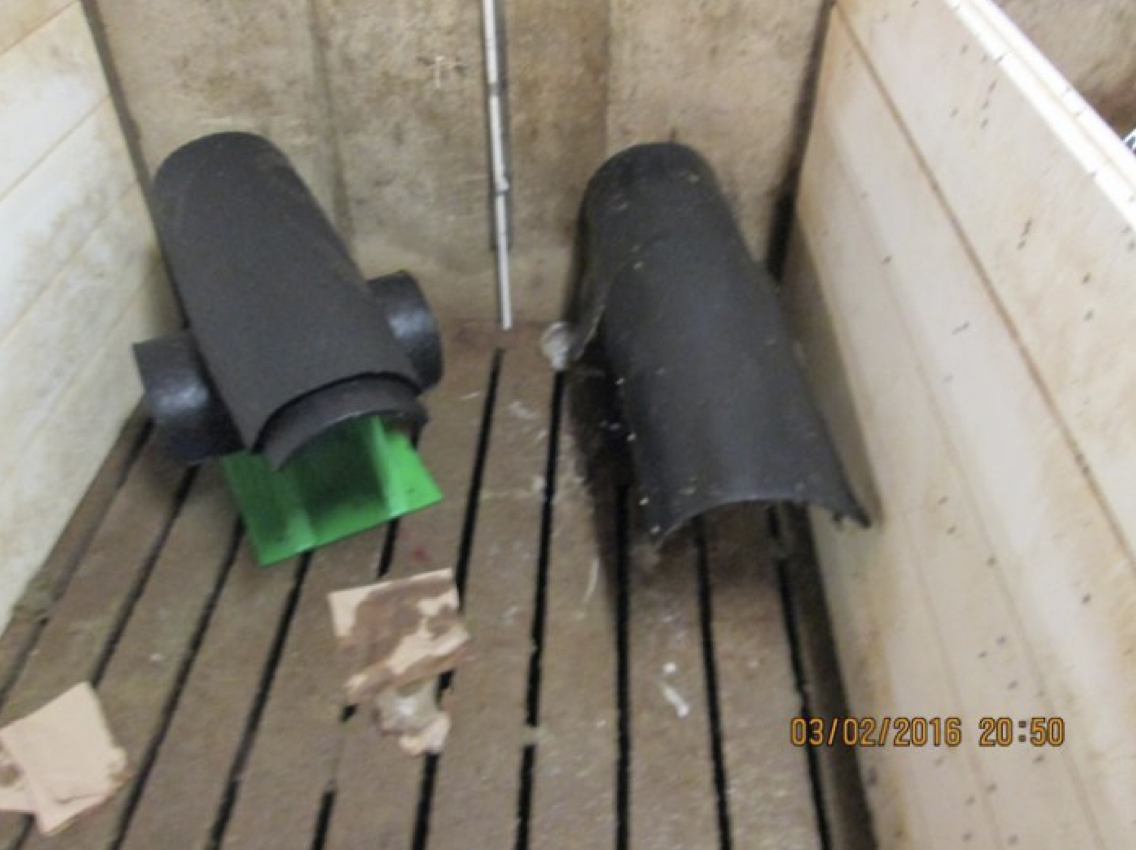 The last thing we want when the new boars come in is for the training pen to smell like a hospital, especially for the hardest boars to train! 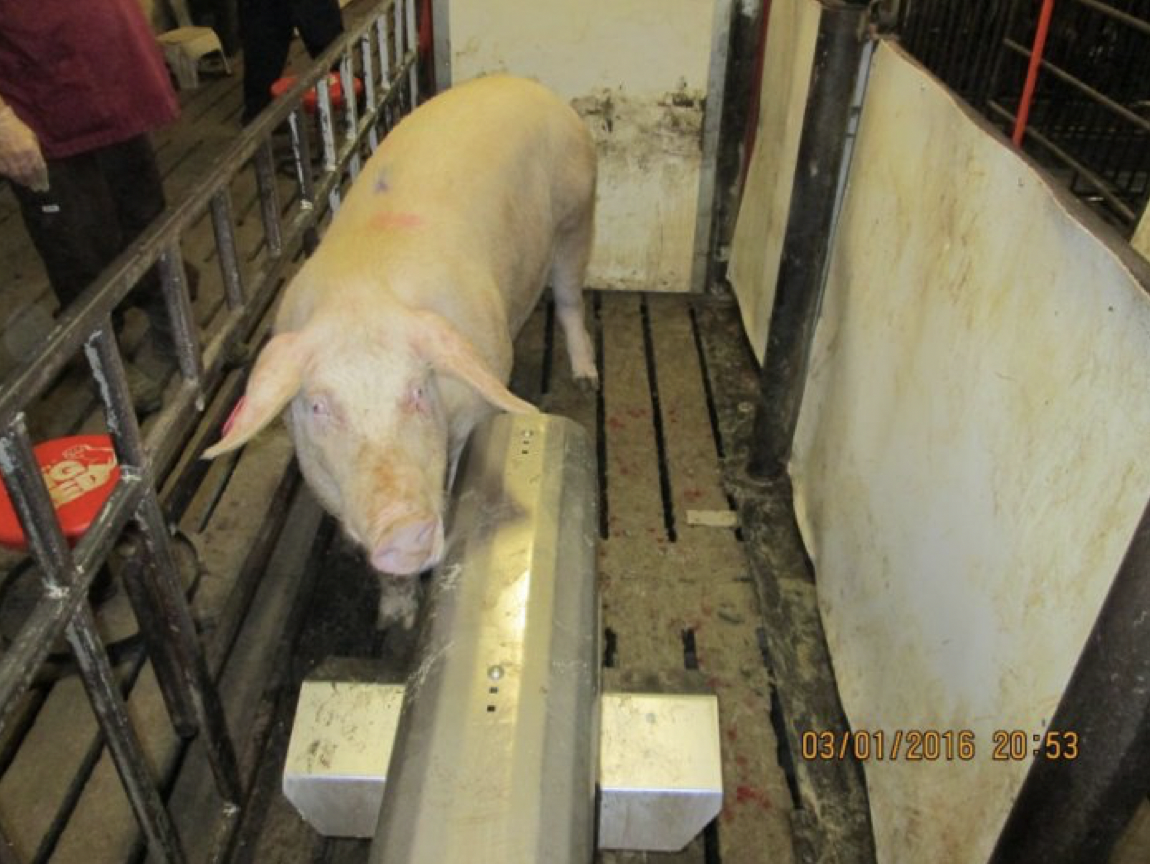 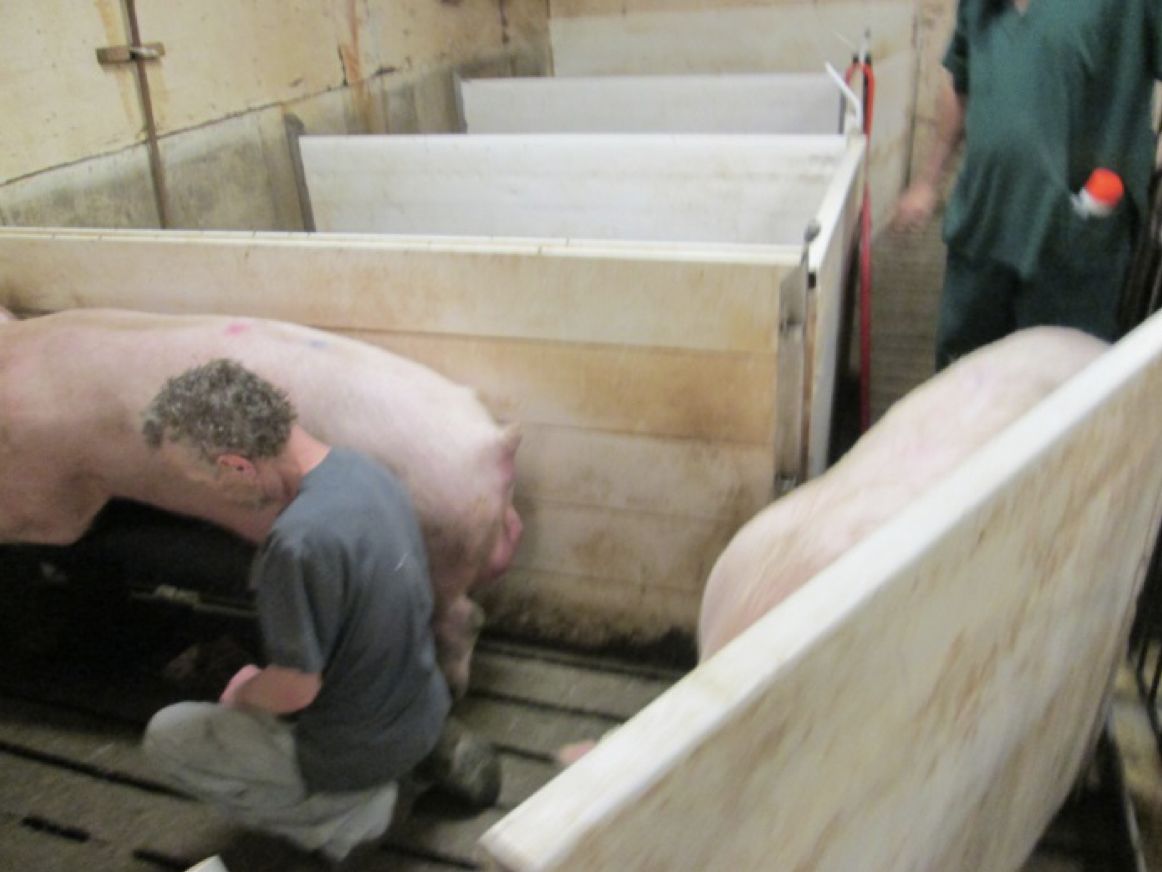 The best technician is put in charge of working with the boars. First the boars are put into the collection pen and once they are salivating they are put into the training pen. As soon as the male mounts and the collection begins, the person in charge of bringing the animals starts bringing in the second boar. This person is key to the smooth operation of the system, getting the boars in and out and above all ensuring the safety of the person working inside the training pen. 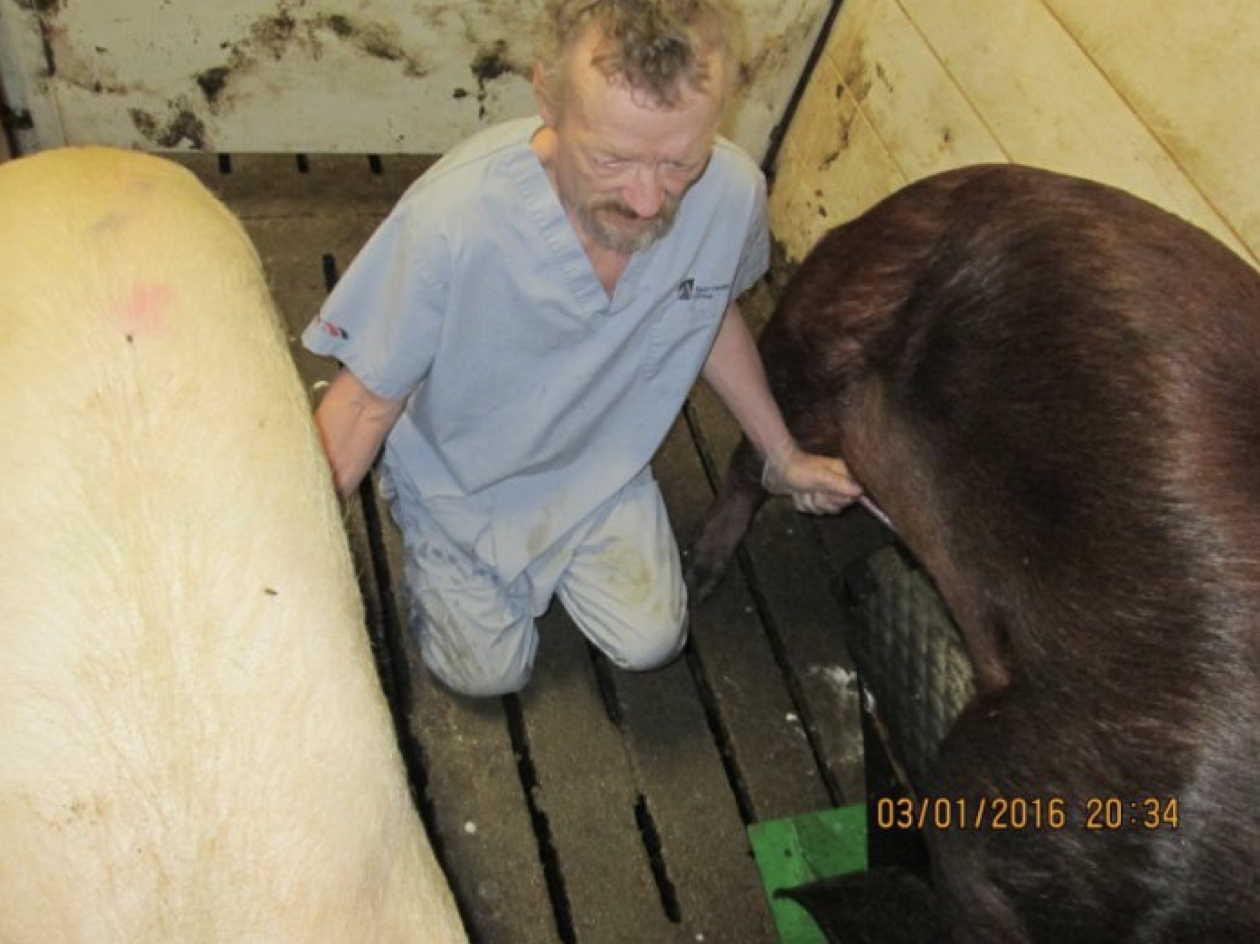 In a period of three hours, a team of four people moved a total of 37 boars and 100% of the animals were collected. It is essential to have the best available person in the training pen and that the person who is bringing the boars into the pen has excellent handling of the animals to ensure the safety of the technician.

When working with so many boars, it is important to correctly mark the animals that have already gone through to avoid repeats.

It is very important that these first experiences are very positive for the male, so if he wants to stop and “chat” he must be allowed to do so.

A team of 4 people trained 37 boars in three hours with 100% success. It is clear that the person in the pen must have the best training and that the handler must be excellent at getting the boars in and out to ensure a correct and efficient flow, and of course the safety of the operator.

Within a week, 95% of the boars were trained and collected, including some lines with lower libido. Surprisingly, no aggression was observed when the second boar was brought into the pen. 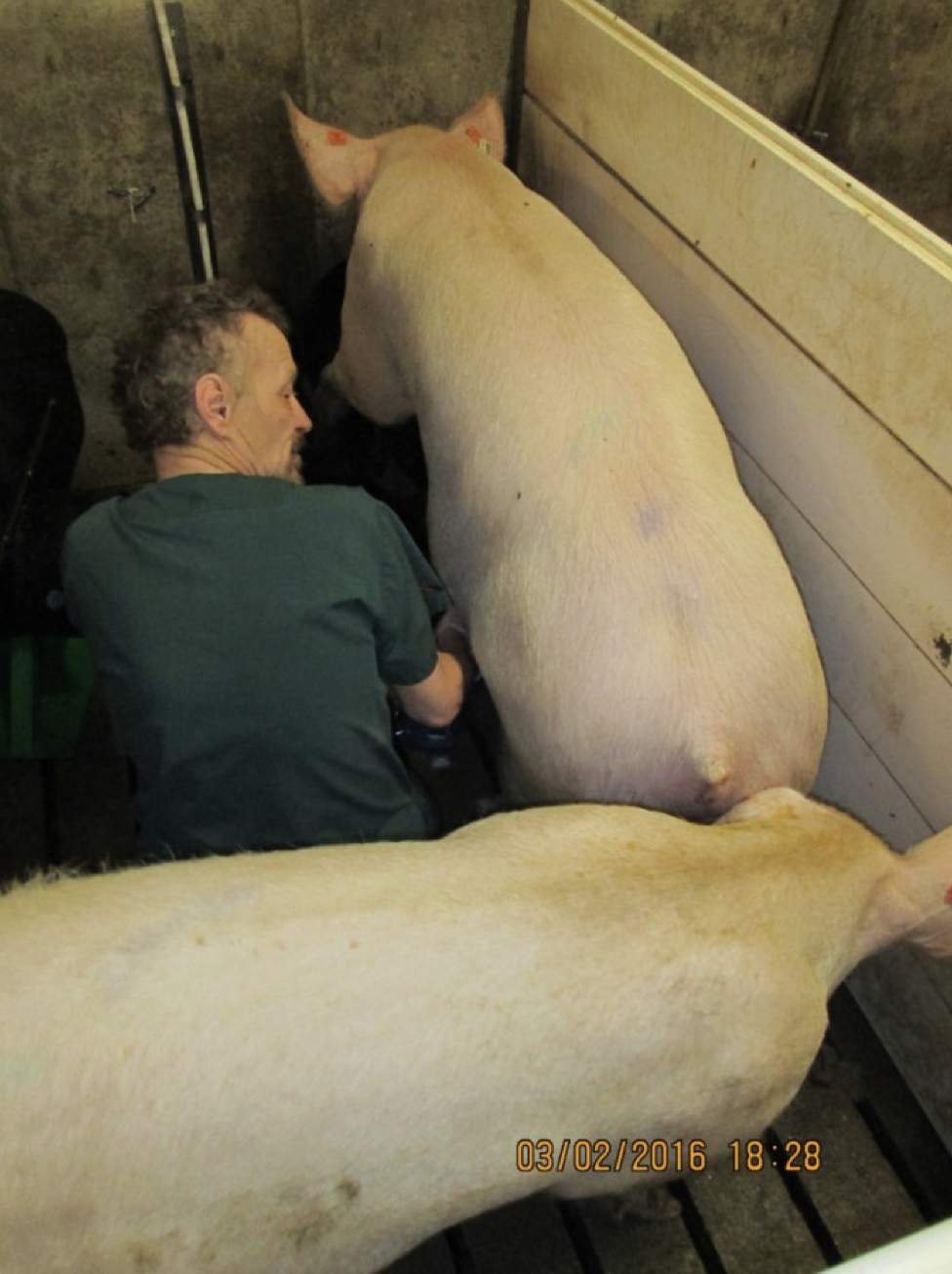 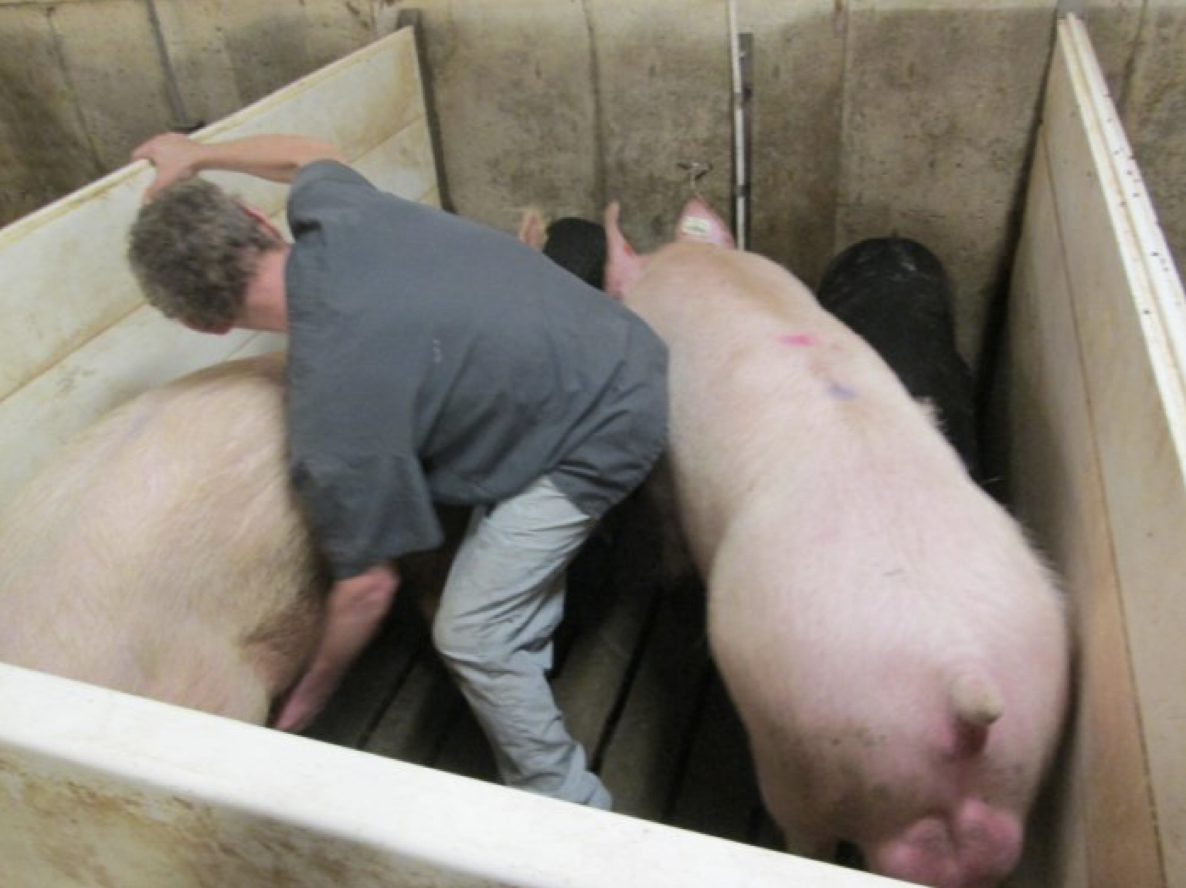 As always, the human factor was key to success in the training of this batch of 114 males.

This website uses its own operational cookies that have a pure functional purpose and third-party cookies that allow you to know your browsing habits to give you better information services. If you continue browsing, you accept its use. You can change the settings, disable them or get more information. More informationAccept
Privacy & cookies policy

This website uses cookies to improve your experience while you navigate through the website. Out of these cookies, the cookies that are categorized as necessary are stored on your browser as they are essential for the working of basic functionalities of the website. We also use third-party cookies that help us analyze and understand how you use this website. These cookies will be stored in your browser only with your consent. You also have the option to opt-out of these cookies. But opting out of some of these cookies may have an effect on your browsing experience.
Necessary Always Enabled
Las cookies necesarias son absolutamente esenciales para que el sitio web funcione correctamente. Esta categoría solo incluye cookies que garantizan funcionalidades básicas y características de seguridad del sitio web. Estas cookies no almacenan ninguna información personal.
SAVE & ACCEPT